One of the frequent first indicators of a need for some treatment from your Antioch dentist comes in the form of bleeding gums. We all have brushed our teeth and seen a little red when we spit…but what does it mean?

Today we will discuss what can cause bleeding gums, what they are indicative of and how you can prevent them, and subsequent issues, from happening to you.

Most patients find out they suffer from bleeding gums by participating in behaviors that turn out to be a number one cause- brushing and flossing. Well, by not flossing or brushing enough, or by doing it incorrectly- you can be prone to bleeding gums. It takes only 24 hours of not cleaning the mouth for tartar and plaque to start to build-up along the gum-line, and following that, inflammation and bleeding at the slightest touch can occur. Brushing twice and flossing once daily is an important preventive step to be taken in order to ward of bleeding gums, periodontal disease, decay and more from setting in. If you are unsure about technique or related at-home oral health regimen issues, make sure to discuss this with your Antioch dentist at your next appointment.

In relation to cleaning habits, misalignment of teeth can also result in bleeding gums. Patients who may have crooked teeth tend to overcompensate in their routine by brushing too hard. The perception that in order to clean those harder to reach surfaces you must scrub harder is an incorrect one. The physical effort required to successfully brush the teeth efficiently is not a great one, and overdoing it can cause damage. Using a hard bristle toothbrush or even brushing too frequently can even be a problem for some patients.

Another cause of bleeding gums can be vitamin deficiencies, specifically in vitamins C and K. Vitamin K is produced naturally in our guts, but can be halted or tampered with due to long term antibiotic usage. Vitamin C, on the other hand, can be gained by adding more fruits and vegetables to one’s diet.

In order to lower your risk of oral disease, decay and other damage: stop your gums from bleeding. Brush and floss daily, eat healthily and make sure to visit your Antioch dentist for twice-yearly check-ups and cleanings. 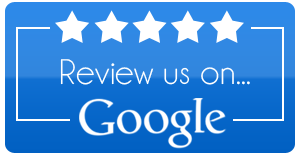